Viviane Vicente, founder of Rispetto Consulting®, an advisory firm designed to help individuals and organizations navigate the globalized world and enhance their leadership potential, discusses Psychological Safety and why it is important for teams in the workplace.

Q: What is Psychological Safety and how can it be observed in the workplace?

A: Psychological Safety is the perception that one can take interpersonal risks at work without fear of reprisal or ridicule.  It is a concept first identified by organizational researchers in the 1960s, but which had a renaissance in the late 1990s and again gained momentum after a 2-year study conducted by Google, named Project Aristotle (initiated in 2012).  Said study encompassed 180 teams of Googlers from around the globe, and concluded that the number one factor that high performing teams had in common was psychological safety.  Earlier researchers found that psychological safety fosters an environment of learning, information sharing and innovation in organizations. Especially in industries where innovation is key and thus commonly driven by trial and error, the lack of psychological safety results in fear of making mistakes – and no mistakes lead to no innovation.

Q: What are the effects of the lack of Psychological Safety in teams?

A: Without psychological safety, team members may feel alienated or self-isolate, for fear of having an idea rejected and being shunned; in that scenario, each employee takes care of their own work and the necessary coordination of interdependent tasks suffers.  It is a pattern of acting out of self-preservation, as opposed to collaboration.  Mistrust and excessive competition among members of the same team usually result in lower information sharing and reduced creativity, while also increasing the probability of conflict.  Productivity and efficiency are curbed by faulty communication channels.  On an individual level, employee satisfaction declines, as do the physical and mental wellbeing of team members.  Organizations are then faced with absenteeism, medical and legal costs, as well as loss of talent and heightened turnover rates.

Q: How can managers promote Psychological Safety among their teams?

A: Managers can encourage collaboration and foster innovation in their teams by modeling respectful behavior and assigning tasks according to each team member’s qualifications and skills, but also their interests.  They must communicate very clearly, be the nature of message routine or impactful; ensure that disagreements are dealt with by maintaining discussions productive and considerate, and inviting feedback on their own management style.  Their decision-making process needs to be inclusive; their language non-combative, and personal interactions guided by equity and empathy. When addressing problems, a good practice is to suspend judgment before correcting or admonishing someone, and instead walking through their rationale with them, as to understand the reasons which lead to a mistake. A characteristic of psychological safety is that team members feel they will be given the benefit of the doubt when taking a risk. Finally, team members must be clear on their roles and the level of interdependence among them, and also be assured about the course of action to be followed in case of a crisis. 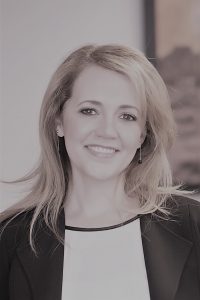 Viviane Vicente is the founder of Rispetto Consulting®, an advisory firm designed to help individuals and organizations navigate the globalized world and enhance their leadership potential.  Her expertise, acquired over the span of more than 20 years in the international arena and combined with advanced academic achievements, allows her to pursue her true passion: helping clients create a world in which professional relationships are not only desirable and profitable, but respectful and kind.

A native of Brazil, Viviane has worked in public service and also represented multinational corporations in several continents.  She possesses a Law degree and an MBA from Brazilian universities; a Master of Laws degree (LL.M.) in National Security and U.S. Foreign Relations Law from The George Washington University Law School, and a Certificate degree in Teaching English as a Foreign Language from Georgetown University. She is certified by the Protocol School of Washington® as an Intercultural Etiquette and Protocol Trainer; holds an advanced certification in Cultural Intelligence (CQ) from the Cultural Intelligence Center and a Certification in Cultural Competency from Unite for Sight.  Viviane is a speaker of English, Italian, Portuguese and Spanish.